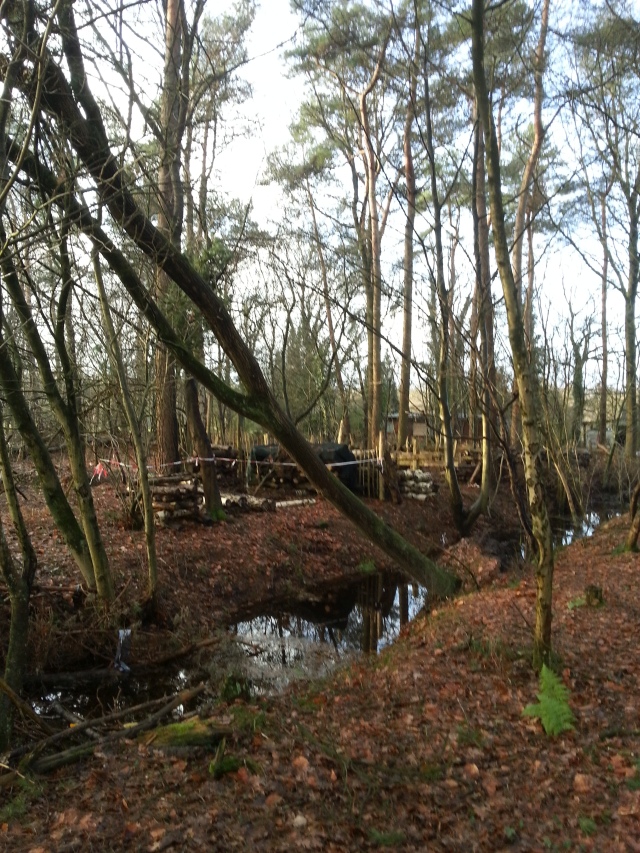 Friday January 19th was the day that I had planned to start harvesting trees for the Edible Log Farm. The men with the chainsaws were ready to go and I had arranged assistance from 3 university students to help carry the logs out of the forest. The weather was expected to be clear and cold, just right for working outdoors on a winters day. Good plans but they didn’t work out. On Thursday 18th cars were being blown off the road, roofs were reaching the skies and all flights were grounded. Needless to say, it was not possible to go into the forest to cut down trees because alot of them had already been uprooted and many huge branches had broken off. Everyone with a combination of two legs, a chainsaw and understanding of arboreal safety issues was cleaning up the mess in the built-up areas and surrounding parklands.

On Friday I went instead to check out the Edible Log Farm. Situated in a strip of mixed hardwood-softwood forest between meadows and an ancient dune system it is fairly protected against the elements. Luckily any damage was restricted to a fence  being blown backwards. No big deal. Quite a few heavy branches had broken off and the ground was also covered with long thin twigs and pine-needles. The strong swirling wind had made its mark in the surrounding forest as many trees had been partially uprooted and were hanging in the branches of a neighbouring tree. The woods is not a good place to be at the moment..