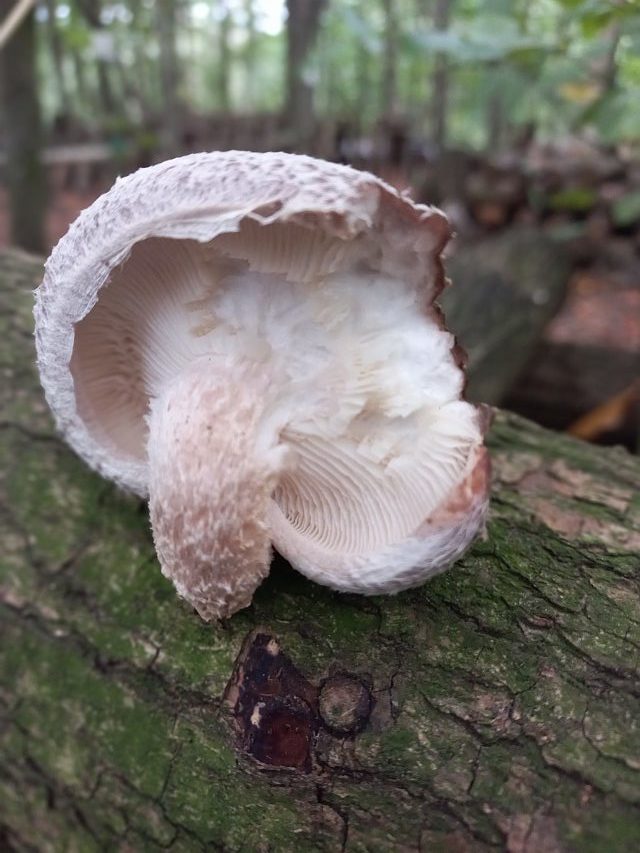 It is well known that snails and slugs like to eat mushrooms. I have never seen deer eating mushrooms but have heard many reports about their extended dietary preferances. Birds like to stand sit on mushrooms, insects seek food underneath – what would a forest be without these pop-up cafetaria’s? On a sunny day in October I was chatting to a fellow worker in the Edible Wood Farm in Gaanderen when a movement in a stack of shii-take logs in the distance caught my eye. I saw something scurry to a large umbrella shaped shii-take mushroom, sit there for 10 seconds and then dart away again. I rubbed my eyes (my eyes don’t work as they used to) and looked again. Nothing. We continued talking and then…. there it was again. This time I saw something resembling a tail and moved a little closer. Two little paws reached up to the edge of the brown cap and I saw pieces of mushroom disappear at a rapid tempo into the body of a small furry forest creature. A mouse! Not just any sort of mouse but a mouse with exceptional good taste! I am quite willing to share a number of mushrooms with these forest dwellers and now I understand how I can interpret the ragged edges on a half eaten mushroom and the teeth marks underneath the cap – take a good look at the photo!