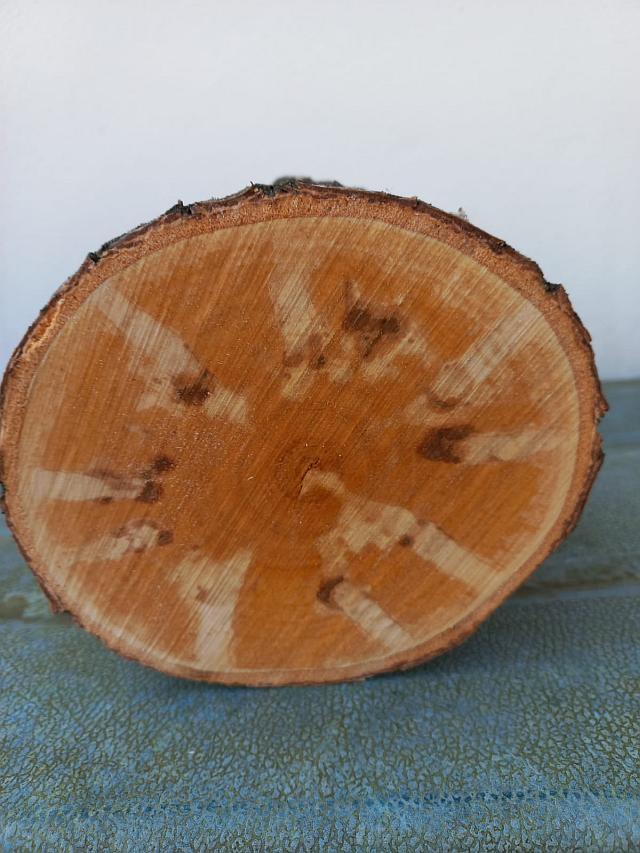 Inoculation season has ended. Thank goodness. It has been a lot of hard physical work in a relatively short space of time (March – half April) and it has to go on whatever the weather. Temperatures under zero are definitely not good because the mycelium is sensitive to low temperatures the first couple of weeks once it is in a log.  A long series of dry windy days is also not optimal for the mycelium because the logs can dry out creating cracks in the bark, reducing protection and causing the mycelium to dry out. This can be exacerbated in broadleaved forests without a closed canopy of leaves. Most trees have their leaves at the end of April thus creating sufficient shade for Edible Wood.
This year oak logs were inoculated with shii-take throughout the whole month of March. Once April had arrived I switched to the oyster mushroom (winter, summer and branched oyster mushrooms). Popular, birch and willow logs with a diameter from 10 – 20 cm were turned into Edible Wood. I had an almost daily ritual of checking the weather report so that the logs could be suitably protected whilst keeping a keen eye on the state of the slowly unfolding living green ceiling in the forest.
Customers had to wait a number of weeks before the newly inoculated oyster mushroom logs were ready enough to be sold. The logs always have a length of 100 cm because this way they are easier to transport, as well as being better for the development of mycelium and are easier to stack. The logs are then sawn to size and a customer can choose an oyster mushroom log with a length from somewhere between 25 – 45 cm. The first winter oyster mushroom logs were sawn to size last week and despite the relatively low temperatures the mycelium was definitely feeling at home. It was obviously on the move and rapidly colonizing the log. It will continue to “take over” the log and sometime this autumn – winter period the first winter oyster mushrooms should appear!